By Judith Krummeck | Posted in Host Blogs, Interviews | Comments Off on Unspoiled by fame 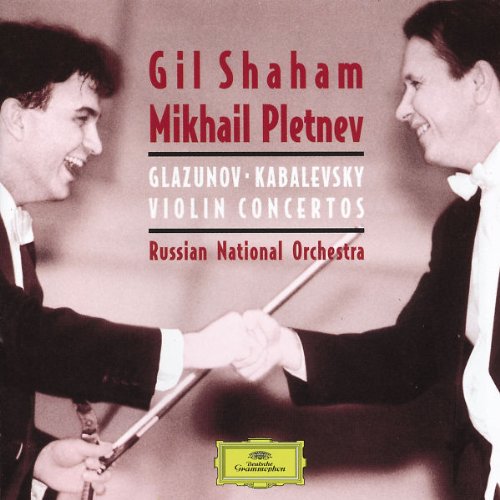 This CD cover, with Gil Shaham on the left, exactly conjures up the eagerness and fervent communication that are so much a part of his gorgeous music making, and which I now know are just as vivid in person.  Every interview is special in its own way but I have to say that, of the thousands of interviews I have done over the years, this one with Gil Shaham was one of the highlights.  He is outgoing, thoughtful and wonderfully engaging.  In preparing for the interview, I came across an article that said Gil is unspoiled by fame—and it’s true.  He is unaffected, and genuinely interested in other people and what they think.  Here is a story to illustrate just how unaffected he is.  When I mentioned to him that I was going to hear his concert with the BSO he asked me to go and see him afterwards.  By the time I was able to start looking for him at the reception after his spectacular performance of the Barber Violin Concerto, someone told me that he’d had to leave to catch the 10.45 PM train to New York, where he lives with his wife, the Australian violinist, Adele Anthony, and their three children (who are, not surprisingly, showing signs of becoming musicians themselves).  Penn Station was on my way home, so I thought that I would run in quickly and see if I could catch him before he left. There he was, in his casual clothes in the deserted lobby of Baltimore Penn Station, unobtrusively chatting away to an associate of his.  He was just like any other commuter, with nothing to set him apart as a world-class violinist—unless you happen to count the 1699 Stradivarius that was strapped to his back.