Conversation with a Listener. Brahms vs. Wagner 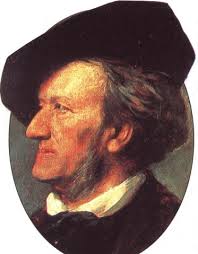 Last week I received a series of emails from a listener inquiring about the difference between Brahms and Wagner. I thought it would be interesting to share these postings with you. The listener will remain anonymous out of respect for his privacy.

The Oxford Dictionary of Music says Peter Tchaikovsky did not succumb to the influence of either Brahms or Wagner. Was there a great controversy at the time concerning music theory? If so, what was Brahms’ theory and what was Wagner’s.

To put it simply, there were two warring musical camps at the end of the nineteenth century. One admired Brahms for applying the style of the Romantic era to the traditional forms and harmonic and contrapuntal techniques of the Baroque and Classical eras, the other championed Wagner for creating the “music of the future” with experimental harmonies and structures.

Thank you so much!

Can you give me an example of Wagner using “experimental harmonies and structures”? (If not, don’t bother. You have already helped me tremendously.)

Always a challenge to explain complex issues briefly! Wagner used what  are known as “chromatic” harmonies. For example, in traditional Western music, if you are in the key of C major, and play a G major chord at the end of a musical phrase, it must resolve to a C major chord on the final note of that phrase. Wagner avoided traditional resolutions, so the G major chord at the end of a phrase might lead, let’s say, to a C-sharp major chord, which would continue into another musical phrase. The effect is disconcerting, but also very emotionally stirring. But not only that, musical phrases tend to be grouped into symmetrical numbers of bars: like eight bars, sixteen bars, etc. (A “bar” of course, is a rhythmic division: like, ONE-two-three-four, TWO-two-three-four, THREE-two-three-four, would be three “bars”.) Wagner would allow musical phrases to continue indefinitely. Nor would he use an overall structure for a movement, like sonata form for instrumental works, or aria da capo form for songs (think of aria da capo as a verse, followed by a contrasting break, concluding with a repetition of the opening verse), making the musical structure freer. This is not to say that composers like Brahms (or Beethoven, or Mozart, or Bach) did not experiment with harmony and structure themselves. They most certainly did. But they broke the rules (ingeniously, I would say) within the context of the old structures: some vestige of it would remain. Wagner pushed it as far as it could go. He would “imply” harmonic resolutions and musical structures without observing them. The next step would be the totally atonal music of the twentieth century. As I said at the start, this is a very brief explanation of a much more complex subject.

Thank you very much. You did a wonderful job of explaining it.

One Response to Conversation with a Listener. Brahms vs. Wagner